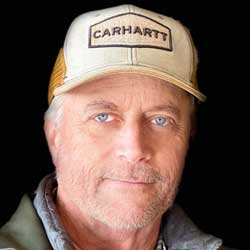 Tony Harmon has been member of the LGC Advisory Board since 2005 and is an internationally celebrated concert guitarist/composer, partner in a successful software company and board member of the Pine Mountain Club Property Owners Association. Tony was a performing student at the 1978 Christopher Parkening Master Class in Bozeman, Montana, is a three time performer for the La Guitarra California Festival, has performed at the Trianon Theatre for The South Bay Guitar Society and in hundreds of other venues and has appeared on numerous television shows and as part of special events across the globe. Tony composed and performed the musical soundtrack for ABC television's The William Randolph Hearst Story, and performed for President Ronald Reagan. Tony is also the Director of the Pine Mountain Club Guitar Society promoting the guitar in its many styles and hosting an annual GuitarFest. Tony is sponsored by world renowned string maker SAVAREZ. More @Wikipedia 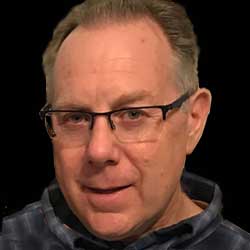 Dr. Hadley Osran is one of the original founders of the La Guitarra California Festival back in 2001. Hadley hails from the University of Southern California, School of Medicine, Department of Psychiatry and Behavioral Sciences, Institute of Psychiatry and was formerly Chief of Forensic Psychiatry and Senior Psychiatrist Specialist at Atascadero State Hospital. Hadley hosted a popular radio show called La Guitarra (2001 - 2014) on public radio KCBX for over a decade. Hadley did more to promote the La Guitarra California Festival than anyone else and his radio show is largly responsible for the Festivals huge success over the years. Hadley is also an avid student of the guitar. Hadley's radio show La Guitarra was featured in the August 2011 issue of JournalPlus magazine where Hadley informs the readers about the many special guests and performances he hosted on the show over the years. The full article can be read online at: JournalPlus August 2011 (page 16). 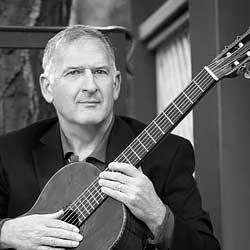 Jeffrey Peters is a member of the LGC Advisory Board and is widely known throughout the Central Coast of California as the Wedding Guitarist. Jeffrey has been a teacher and performer of the classical guitar for over two decades and his musicality and professionalism have made Jeffrey a sought after musician throughout Santa Barbara, San Luis Obispo, Monterey Counties and the San Joaquin Valley. Jeffrey has been a volunteer for the La Guitarra California Festivals since 2005 and has helped the Festival run smoothly from behind the scenes for years. Without his support and the support of all the La Guitarra California Festival volunteers our Festival could not have grown into the event it is today. 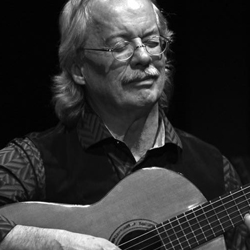 James Bishop-Edwards is a member of the LGC Advisory Board and has been a performer, teacher, composer and recording artist for over 35 years. He was head of the Guitar Department at Southern Oregon University in Ashland for several years, and previously on the faculty as Guitar Instructor at California Polytechnic University in San Luis Obispo. James has over twenty recordings to his credit, which feature his arrangements of American and European classics. Six books of these arrangements have been published by Mel Bay Publications. A few of his many performance credits include: featured artist at the 1999 and 2005 La Guitarra California Festival, the Santa Barbara Arts Festival, Richard Schneiders’ Lost Mountain Guitar Festival, and soloist with the Santa Barbara Chamber Orchestra and Jefferson Baroque Orchestra. James is one of the original founders of the La Guitarra California Festival. 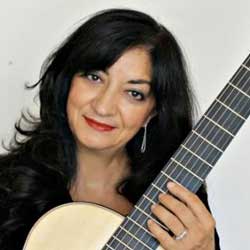 Satik Andriassian is a member of the LGC Advisory Board and is currently the classical guitar professor at the California State University, Los Angeles. She is also the director of the CALSTATELA Classical Guitar Ensemble, and founder/director of Gohar and Ovanes Andriassian Classical Guitar Competition and Festival. Since 2013 she has been the master guitar teacher at the renowned Malta International Music Festival and Competition, Settimana della Musica and Solarino Guitar Festival in Italy as a soloist, chamber music performer and teaching masterclasses. Satik founded the Gohar and Ovanes Andriassian Classical Guitar Competition to create an educational event where students and enthusiasts of the classical guitar come together in a supportive and encouraging environment to share ideas and build friendships. Since 2016 the event has grown to offer a solo guitar and composition competition with great prizes, a clinic for middle school and high school guitar ensembles, masterclasses, workshops, discussion panels and concerts.