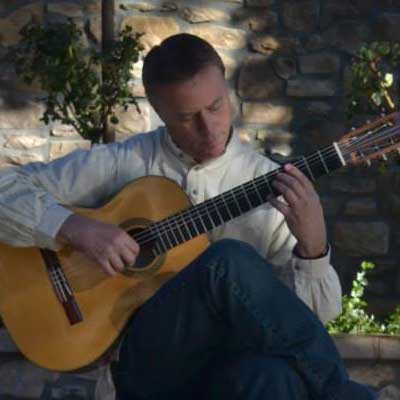 Tony Harmon is an internationally celebrated concert guitarist/composer and was a performing student at the 1978 Christopher Parkening Master Class in Bozeman, Montana. Tony has appeared on numerous television shows and as part of special events across the globe. He composed and performed the musical soundtrack for ABC television's The William Randolph Hearst Story, and performed for President Ronald Reagan. He is a three-time performer for the renowned La Guitarra California Festivals. Tony has fans across the globe and thousands of international CD sales and resides in Pine Mountain Club California. Tony is also the Director of the Pine Mountain Club Guitar Society promoting the guitar in its many styles and hosting an annual GuitarFest. Tony performs in concert with Nathan Towne and is sponsored by world renowned string maker SAVAREZ. Currently Tony is heavily involved in recording music for film.
@Wikipedia